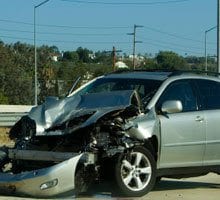 A hit and run accident is one where the driver who caused the accident intentionally leaves the scene without providing relevant information or staying to help. It occurs when the driver flees an injury-causing accident, or he/she hits an unoccupied, parked car without waiting for the car’s owner to return. It is presumed that he/she does this to avoid getting arrested for the crime and to avoiding taking responsibility for their actions.

If you or a loved one sustained injuries in a hit-and-run accident in Tennessee, our Nashville hit-and-run accident attorney can help you obtain the compensation you are entitled to. Whether that means a direct payment from the driver, their insurance provider, or even your own insurance, our firm will make sure that you won’t have to worry about being out of pocket because of someone else’s careless behavior.

The Two Types of Hit-and-Run According to Law

In Tennessee, as in most states, hit and run accidents are classified into:

Examples of hit and run accidents include hitting a car with a person in it, hitting a pedestrian, hitting a person on a bike or skateboard and fleeing the scene, or even hitting a parked car with no one in it.

Criminal penalties for felony hit and run accidents can carry a fine of anywhere between $5,000 and $20,000 plus prison time of up to 15 years.

Civil penalties usually take the form of monetary compensation for medical expenses, lost income, and property damage. The amount of this type of compensatory damage is generally valued to compensate for the victim’s medical expenses, lost wages or income, and the pain and suffering he or she had to go through. Punitive damages can be awarded to the victim if they can prove that the driver has acted in an intentional, fraudulent, malicious, and reckless manner. The amount of compensation required by Tennessee law is capped at $500,000 or twice the value of the compensatory damages, whichever is higher.

Administrative penalties, in addition to the criminal penalties and fines, are imposed on the hit-and-run driver’s license. Tennessee’s Department of Motor Vehicles often imposes them. If a person is convicted of hit-and-run, whether for a felony or misdemeanor, their license may be automatically suspended or revoked for a period of as little as six months or as much as three years. There could even be a lifetime revocation depending on the nature and circumstances of the accident.

The Role of Insurance Companies

A standard car insurance carries liability insurance. This ensures the driver and authorized users of a vehicle against claims from car accidents caused by negligence and recklessness, such as hit and run accidents, up to the limits of the policy. To illustrate, if you file a claim against someone who carries $100,000 of liability insurance, and your claim amounts to $200,000, they have to pay you $100,000, which is the limit of his policy. Consequently, most insurance adjusters will just ignore your claim if it exceeds the value of available coverage.

Why Do Drivers Flee After An Accident?

Some drivers leave an accident because they did not know that they had caused an accident. An example of this may be when the driver is intoxicated.

Some drivers flee because they know they are drunk and are afraid of being charged with driving under the influence of alcohol, especially if it is a second or even third offense. Driving without a license, driving without registration or insurance, and even driving a stolen vehicle are some reasons drivers commit a hit-and-run.

Lastly, some are simply fearful of the circumstances and consequences of what they have done and thought the only way to deal with the accident is to run away.

Get Help From A Nashville Hit and Run Lawyer

Being the victim of a car accident is devastating. Being the victim of a hit-and-run accident can be even worse. You do not have to stand for injustices like this. Our Nashville hit and run accident attorney will offer you extensive legal expertise in dealing with reckless individuals in Tennessee. Our firm will take all the necessary steps to vigorously protect your rights and interests, giving you the legal representation you deserve.

Call our law firm in Nashville today and schedule an appointment as soon as possible.