As Stillman and Friedland have reported previously in this blog, DUI statistics reflect the population of drivers that do not drive responsibly. The recent change is mostly in the choice of substance used, not in the overall fatality numbers. Nonetheless, it is worth noting that while drunk driving has declined somewhat, largely through the influence of public awareness campaigns, many people still seem to have no problem getting behind the wheel after using one or more drugs. Organizations such as Mothers Against Drunk Drivers (M.A.D.D.) and Federal and state authorities have done good work in raising awareness of the dangers of drunk driving. As drugged driving has increased, advocacy groups and government have shifted their focus to take on drugged driving as well. 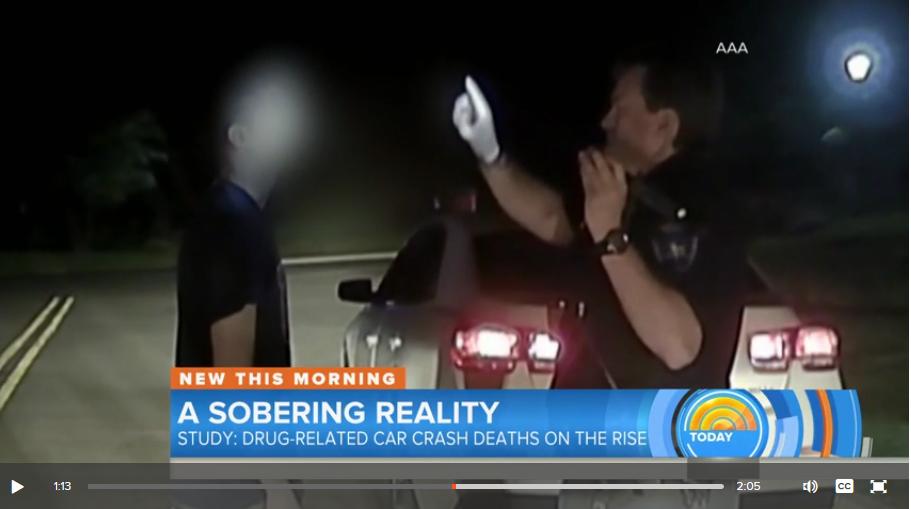 With states considering various forms of legalization, making marijuana more “legitimate” does not translate to better accident rates. In 35.6% of cases, marijuana is the substance found in drugged driver deaths. That translates to more than 15% of total fatalities. No other substance is represented above 10%, according to the National Highway Traffic Safety Administration data.

Another challenge, in addition to the growing acceptance of marijuana use, is the challenge of authorities in dealing with the multi-faceted aspects of drugged driving. Law enforcement easily recognizes and detects drunk driving through patterns of behavior and straightforward blood alcohol testing. However, the use of a wide range of substances and varying patterns of response to these drugs challenge law enforcement and require an entirely new set of skills as well as testing procedures. Add to that the fact that many drugged drivers are using more than one substance at a time, and you begin to understand the complexity of the challenge for law enforcement.

It is worth mentioning that a subset of the drugged driving issue is the use and abuse of prescription drugs. In addition to painkillers, other substances, including anti-depressants, can impair your driving skills. If you are taking a new medication, review the side effects and do not drive if the drug impacts your driving.

The challenges of detection in determining drug use may mean that the drugged driving phenomenon is underestimated. Therefore, tests may not detect, and therefore reflect the full number of cases in which drugged driving results in driver fatalities. As we noted in the beginning of this post, the “43% of drivers” fatality statistic is derived from data collected from all available drug and alcohol tests for driver fatalities. While these statistics are probably representative, state-by-state variations in testing results and reporting prevent us from getting a clearer picture of the phenomenon and from seeing the results of marijuana legalization as well.

On the other hand, some argue that substances may show up in blood tests as trace amounts days after use, meaning that their actual influence is negligible. Perhaps the drugged driving phenomenon is overestimated, and we should continue to keep our focus on the role of alcohol? This is M.A.D.D.’s position — focusing on drunk driving while pointing out that drugged driving is also dangerous.

Confused? We think it is important to have a coordinated national approach to drugged driving which would include:

The result would be better, more detailed information to use in determining policies for prevention, and public awareness. Anti-drugged driving advocacy should be part of the campaign against drunk driving.

It is abundantly clear that driving while mentally impaired presents a danger not only to drivers, but to everyone on the road. In the meantime, the basics for better safety have not changed:

Our main challenge is to create awareness and promote responsible use of all substances which impair mental acuity.